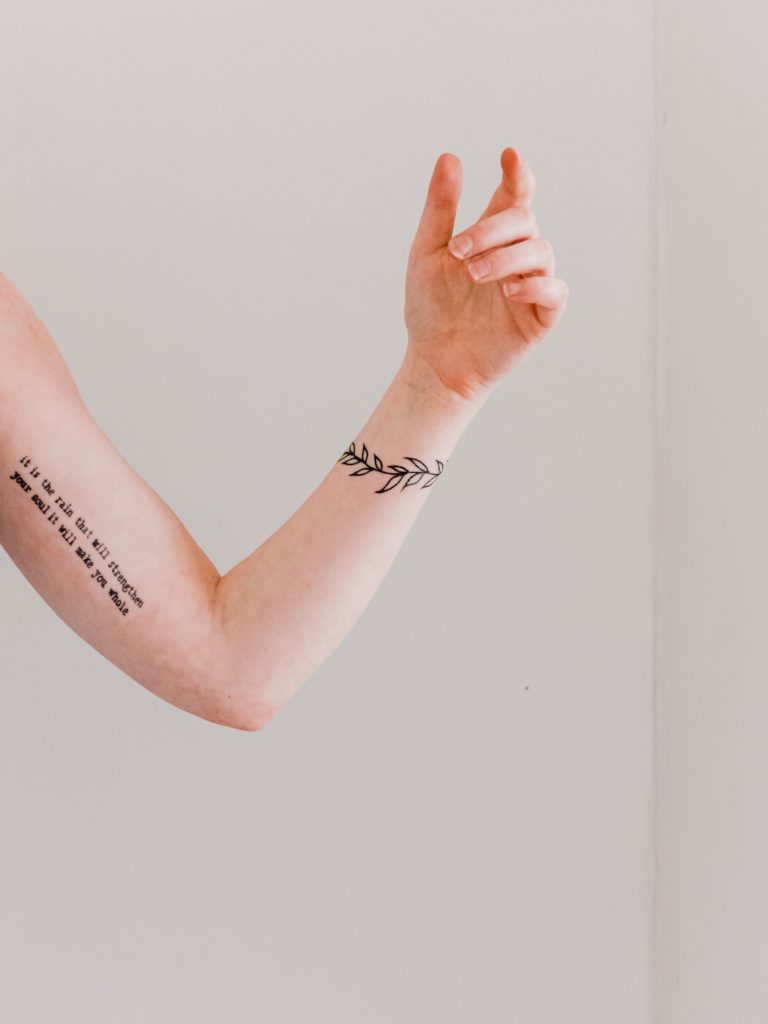 Tattoos are one of those things that opinions vary massively on, some people adore them and others hate them (if you hate them you might want to leave.) Some people get them as memory and others, well because, why not? As a huge tattoo fan myself, I love to hear stories about tattoos. So I decided to ask fans of the forum and tattoos about their first inking experience. If you’re looking to chat all things tattoos why not head over to our forum?

Rebecca who works at Sweet Mama Tattoos says her first piece of ink was in memory of her grandad and it is a butterfly. She advises she still loves it for what it represents but wants to get it made into a bigger piece.

Natalie’s first tattoo was in memory of her dad. Who had the same quote written on him, it says “all my life, all my life”

One of my favourite tattoo stories is from Shel O’Connor who says for her first tattoo she had her and her husbands initials on her wedding finger.  Shel says “My wedding band covers it so it’s our thing not on show so although it’s personal it’s also private too.”

There are those who hate their first tattoo

Amber Jay who is a tattoo artist based in Birmingham, advises that she got her first tattoo when she was 17. Not only are they badly done inkings of her which her former scene kid self loved. But it was also done on her sofa by her son’s dad which is when they first met! She also advised, she is going to get them covered up very soon. At least some good came out of the situation as Amber now has a little boy.

“I was 15 and me and my friends got Chinese symbols meaning friendship. I started having it removed a few years ago and never got round to going back (too many babies in between) but although those girls are still my best friends, the tattoo will definitely be gone!” 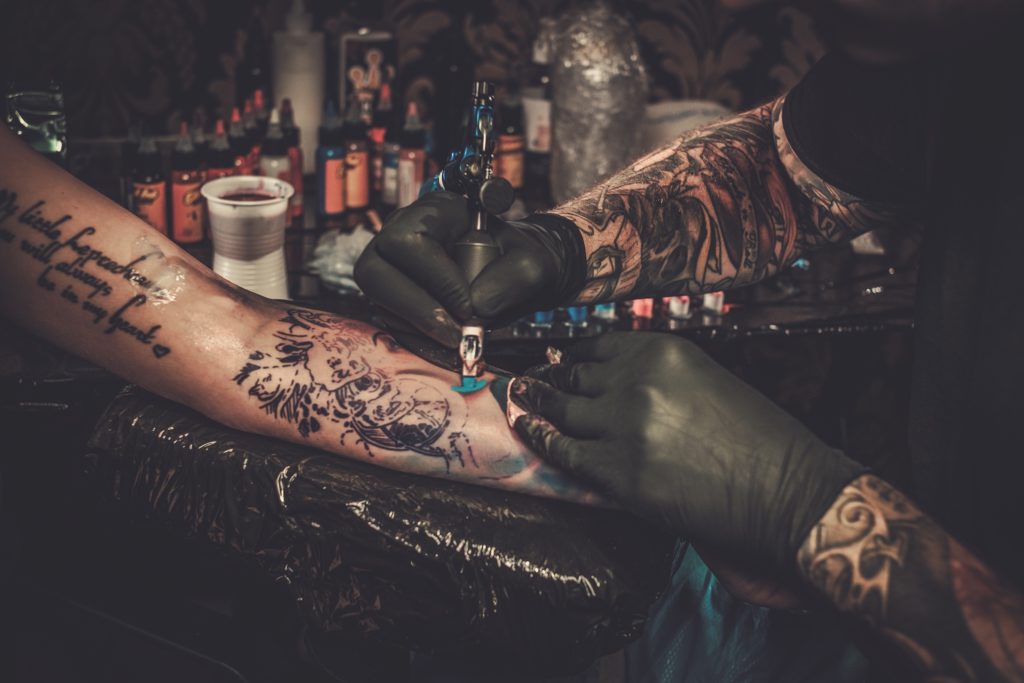 Those who have a love-hate relationship with their first tattoo

Blogger Shelley advises, “I had the Chinese symbol for ‘woman’ tattooed on my hip when I was 20. I still like how it looks but was mortified to discover in my thirties that it’s also the symbol used on toilet doors in China”

Making the best of a bad situation

Emma advises that her first tattoo is pun related. After she broke her wrist 10 years ago and ended up having surgery where they did a bone graft. They took a chip out of her hip bone and grafted it into my wrist. So a few years later she decided to get a peace sign tattoo with blue and purple watercolours. Emma says she got the piece show off her ‘hippy’ wrist and “it’s a great conversation and I love it!”

Then finally, those who have had it lasered off.

Amanda shares with us that when she was 16 and got the Egyptian symbol for reproduction tattooed on her pubic area. At the time she thought it was funny. She then went on to get it removed at 19 and advises let me “tell ya the lasers are way worse and way more expensive than the damn thing was in the first place”.

Thank you to everyone who has shared your story with The Tattoo Forum and we were overwhelmed with the responses. To find out about any artists we think rock, check them out here.