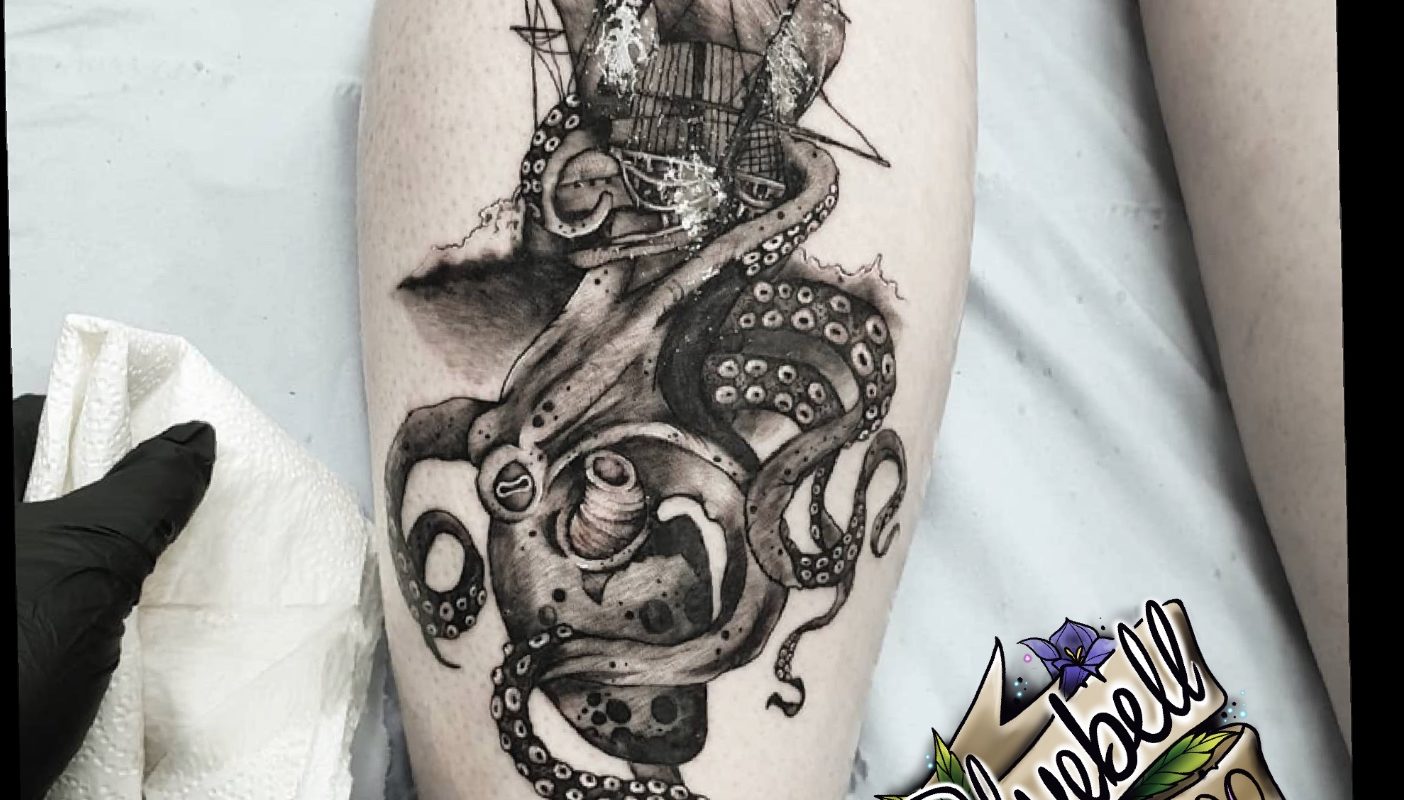 This week we are sharing our interview with Jen who owns Bluebell Tattoo in Hexham which she recently opened. Jen is often told she looks nothing like a tattoo artist when people walk into her studio, which left us (and Jen) wondering what a tattoo artist looks like. We love Jen as her style is bold and colourful and you can see her talent shine through each and every piece that she does. From Disney pieces to the cutest cakes, you’ve ever seen. If you’re interested in seeing more of the amazing work that Jen does you can check out her Instagram. This is what happened when we interviewed Jen and we hope you’ll love this interview as much as we do. 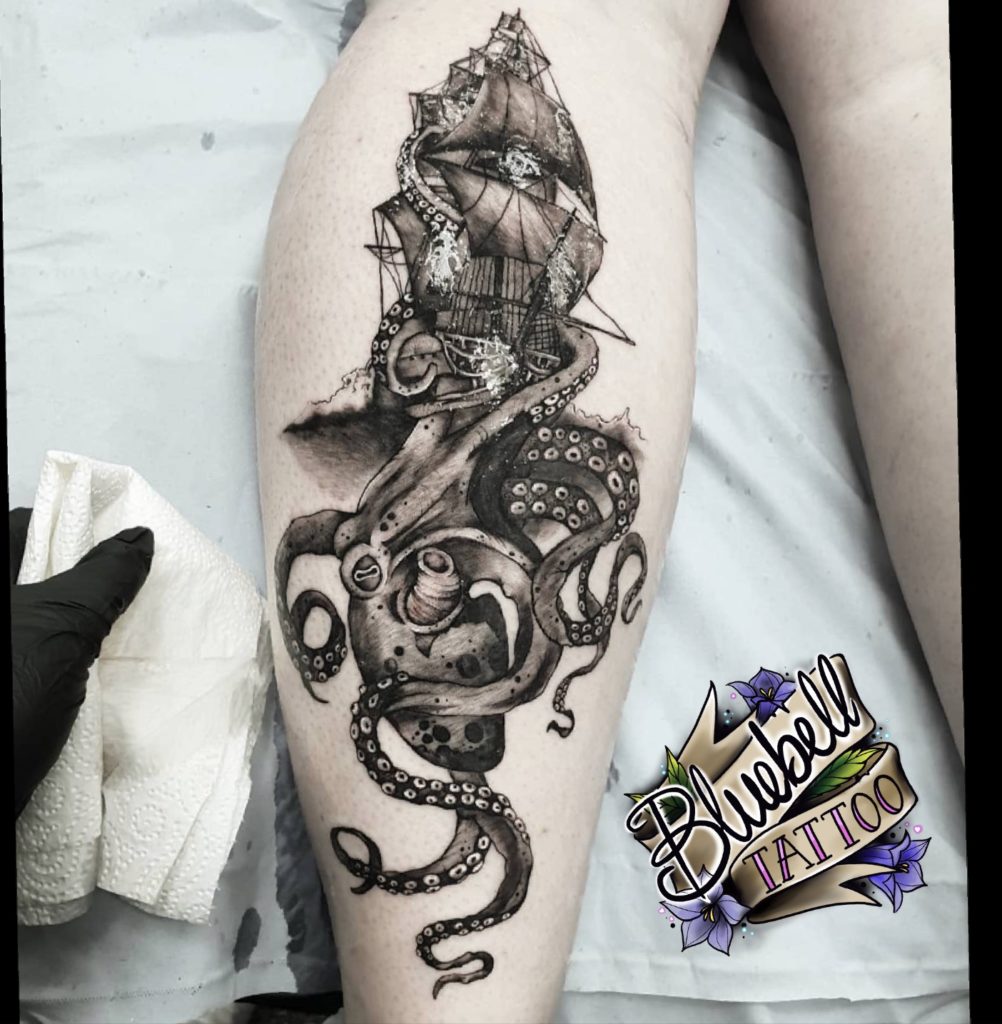 It’s really hard to choose 3 favourite tattooists, there are so many I feel have shaped my career and those who I’ve longed to tattoo-like. Right now I love Laura Annunaki, Hannah Flowers and Aimee Cornwell.
I really like Laura’s contrast between black and almost neon colours, the way her tattoos seem to sparkle makes them really striking.
Hannah has a really natural soft palette, her female faces are beautiful, so soft and reminiscent of old oil paintings.
Similarly to Hannah’s work, Aimee Cornwell is also a master at capturing facial expressions, managing to convey sometimes multiple emotions just through one piece.

Many questions annoy me…but I internalise it…because this is the best job in the world right? But if I had to choose one…it’s “what area hurts the most on the body?” I’m just sick of answering it, many years to go through.

The weirdest thing to happen when tattooing someone?

I have tons of weird stories! Most of them involve people saying weird things…I have a bit of a paranormal story that happened when I was tattooing. I was an apprentice at the time and I’d been left to finish off and wrap up my client. As I was wrapping him up he was telling me about his ex-wife who had died, as he was talking away about how much he hated her, the guitar, which was rested in the corner tipped upright and smashed across the floor, as if thrown. At first, I didn’t realise what had happened. But he was sat in stunned silence. I went to check the CCTV and there it was as if moving on its own!
Now that is a story for the books… sounds creepy af!

Describe your tattoo style for us

Bright and bold probably, I learnt from a trad artist and I think you can tell in my tattooing, my style is still very much developing.
We love your pieces Jen, they’re awesome.

Do you have any tattoo regrets?

I have no tattoo regrets on myself…I’m not sure about my clients! I love my own tattoos, all of them, no matter how rubbish some of them are, they remind me of all the times good and bad in my life so far.

When did you become your own boss and what made you take the leap?

I suppose I became my own boss when I registered as self-employed…but I wasn’t really at that point, tattooing was meant to offer more freedom, but for a long time, working in busy walk-in studios, run by none tattooists I often wasn’t very free, but that is true for many artists at the start. I realised not long ago that I didn’t get into tattooing to churn out work at the rate I was. Now, 2 weeks after opening my own studio, I truly feel like my own boss. This is it for me, this is the dream realised.
Congrats again on opening the salon Jen, you rock!