The meaning of Selena’s new tattoo

Selena Gomez has recently debuted a new thigh tattoo of a pair of praying hands. This piece is nicely detailed and has rosary beads hanging off the wrists. The tattoo was spotted in an Instagram post. Which features a collection of polaroid photos, where Selena is celebrating her day at the AMAs. The artist of the tattoo shared an Instagram post of another collection of polaroid photos. This set of photos shows Selena having the tattoo work done.

Not much about the meaning of the tattoo has been shared, other than Selena has had a history of panic attacks and this tattoo most likely does have a religious sentiment. Ale, of course, this hasn’t stopped fans creating rumours and speculation about Selena.

Many have pointed out that her ex-boyfriend Justin Bieber also has praying hands on his ankle, trying to draw a connection between the two. The pair originally split in 2010, nicméně, many die-hard fans refuse the idea that they are no longer interested in each other, despite Bieber actually being married now.

14-year-old Disney star with a Tattoo

In other celebrity news, Disney Channel star Dove Cameron revealed in an interview that she actually got her first tattoo at the age of 14. Cameron said she has a friend who owned a tattoo gun. After being convinced she was ready to tattoo a person for the first time.

Four years later, she revealed she then got a new tattoo of her ex-boyfriend’s star sign. Many of us cringe at the idea of getting a tattoo dedicated to boyfriend or girlfriend, some find it too risky to do. Yet some couples love to get dedicated tattoos.

Whilst she never got her ex-boyfriend’s name tattooed, she got his zodiac star sign tattooed. This is unfortunate that they broke up and she was left with a permanent reminder of her ex, but her most recent tattoo is another matching one. The pair were not officially dating when she got it, but after a month they are now together with matching tattoos. 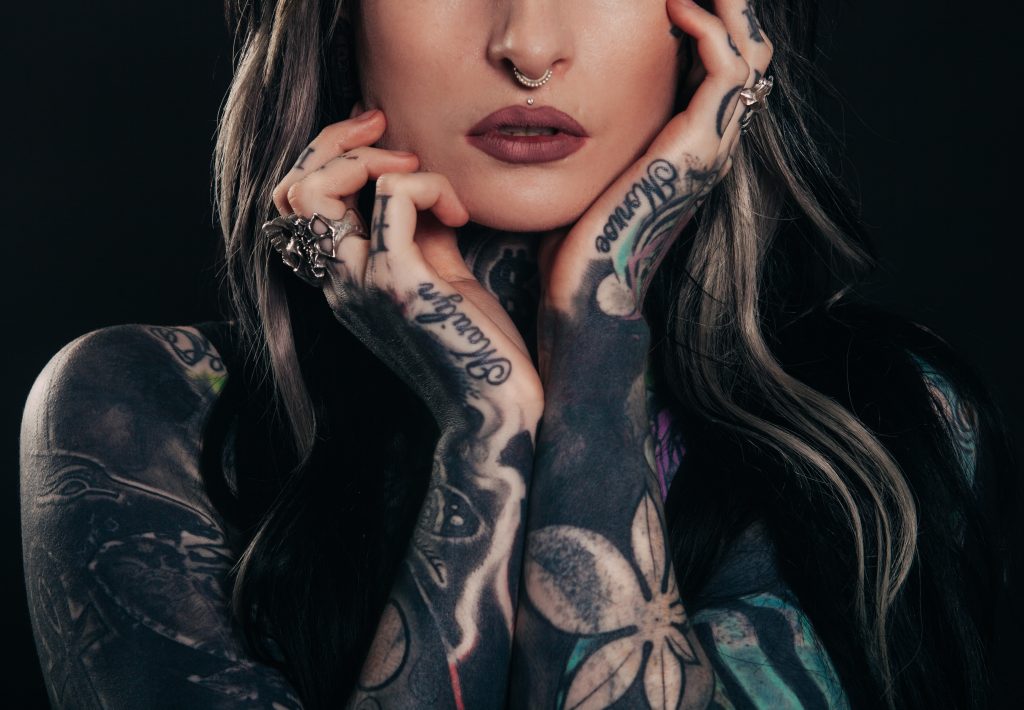 Adele Dean, a survivor of breast cancer who had her breasts removed when battling breast cancer. Has received backlash online over her tattooed areolas. There are tattoo artists who help to bring back confidence into women by giving them new tattoos that help to make them feel complete again. After suffering from breast cancer, breasts have to be removed in most cases. Therefore tattoo artists have been reconstructing women’s areolas through artistic tattoos. Which we think is cool!

After losing part of your body, especially one that is known to signify womanhood. It is possible to feel incomplete or different. This tattoo procedure really helps those who are struggling. Ms Wilkinson, owner of Wilkinson Aesthetics who has been posting images of areola tattoos.

Wilkinson confirmed her posts are being removed due to being flagged as pornographic content. She actually has had her Facebook account suspended due to what she posts! In a comment, she advised, „Women that have experienced a mastectomy and cancer can often feel very alone at this time of their life and it is comforting for them to see there are other women out there needing the same support and to access the treatments available!” She continues to add “When women share their pictures they feel empowered and inspire other women to take the brave step.”

She finds that Facebook states it’s okay to post breastfeeding-related content. Alongside giving birth and after birth moments. nicméně, it is not okay to post an image of a breast. This prevents a positive message being shared. Ruining the message of body confidence. Many hope to see Facebook address its own policies about what is regarded as pornographic content.