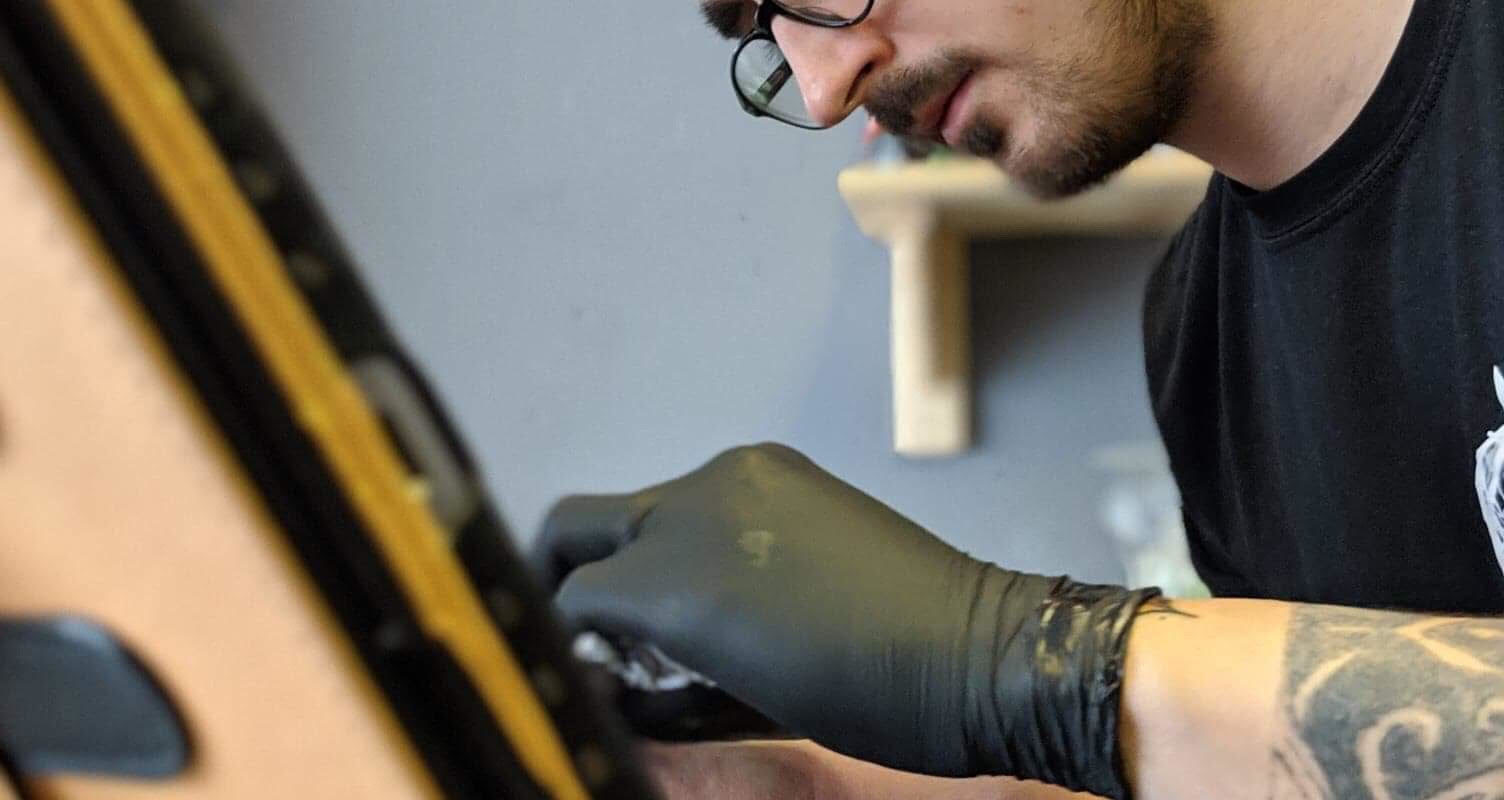 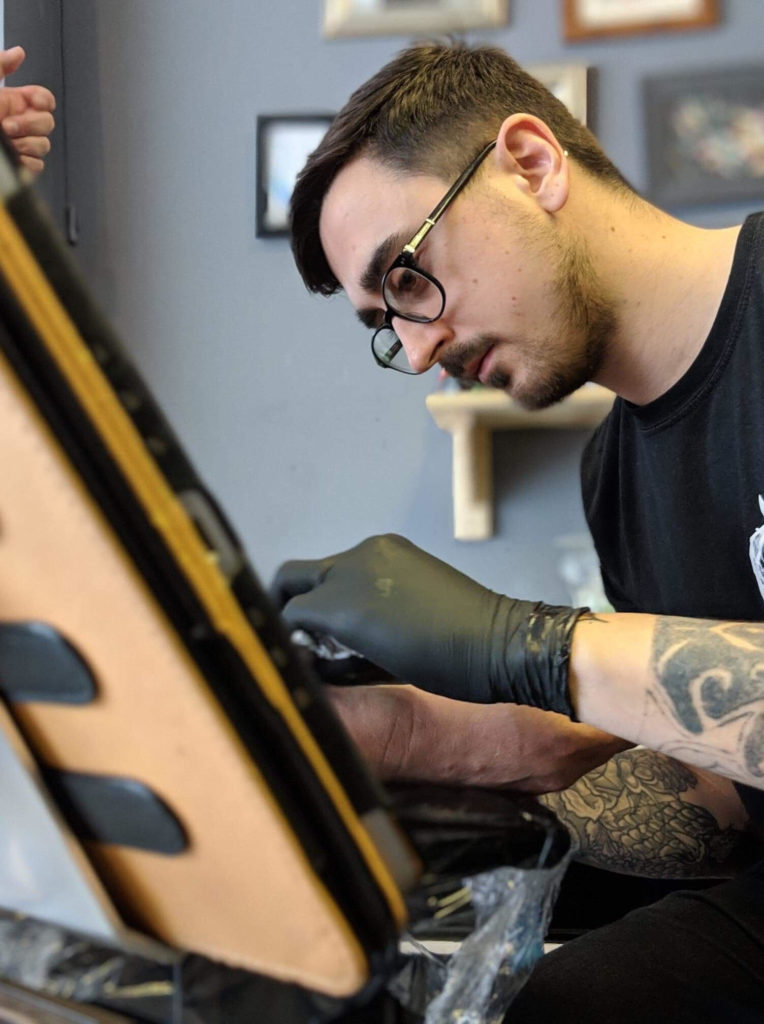 This week we are interviewing West Midlands based artist Mikey Ellerby who specialises in realism pieces and has achieved a lot in his four years as a tattoo artist including owning his own studio which opened in 2018. We loved speaking with Mikey as he is down to earth and a great laugh. 0

Who are you and where do you work?
I’m Mikey Ellerby, owner and artist at Alchemy 13 Tattoo and Barber Co in Stone, Staffordshire.

Tell us a random fact about yourself:

A random fact about me? I’m originally from Hull but met my wife in the army and we settled in Stone (where she’s from).

How long have you been a tattoo artist and how did you get into tattooing?
I started tattooing professionally around 4 years ago, however I got into it around 10 years ago just tattooing friends and messing up their skin. Haha.

We’d love to see some of those pieces… 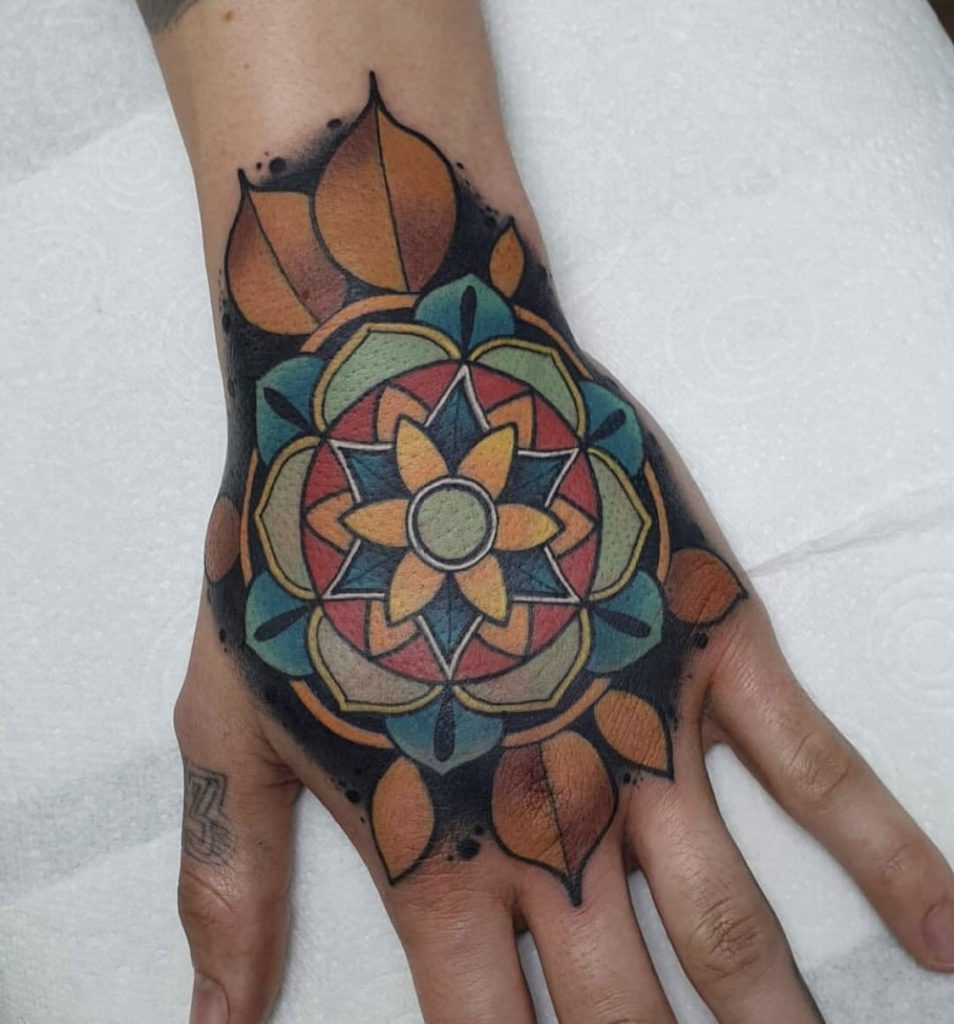 Favourite tattoo on you and how many do you have?
I couldn’t count the number of tattoos I have. But my favourite is probably my left hand by Jamie Lee Knott from Darkhorse Collective in Sutton Coldfield.

Is there anything you’d refuse to tattoo?
There are a few things I’d refuse to be fair. Anything racist or highly offensive for sure, mainly people who have shocking ideas and aren’t open to change/improvements, I just send them elsewhere. 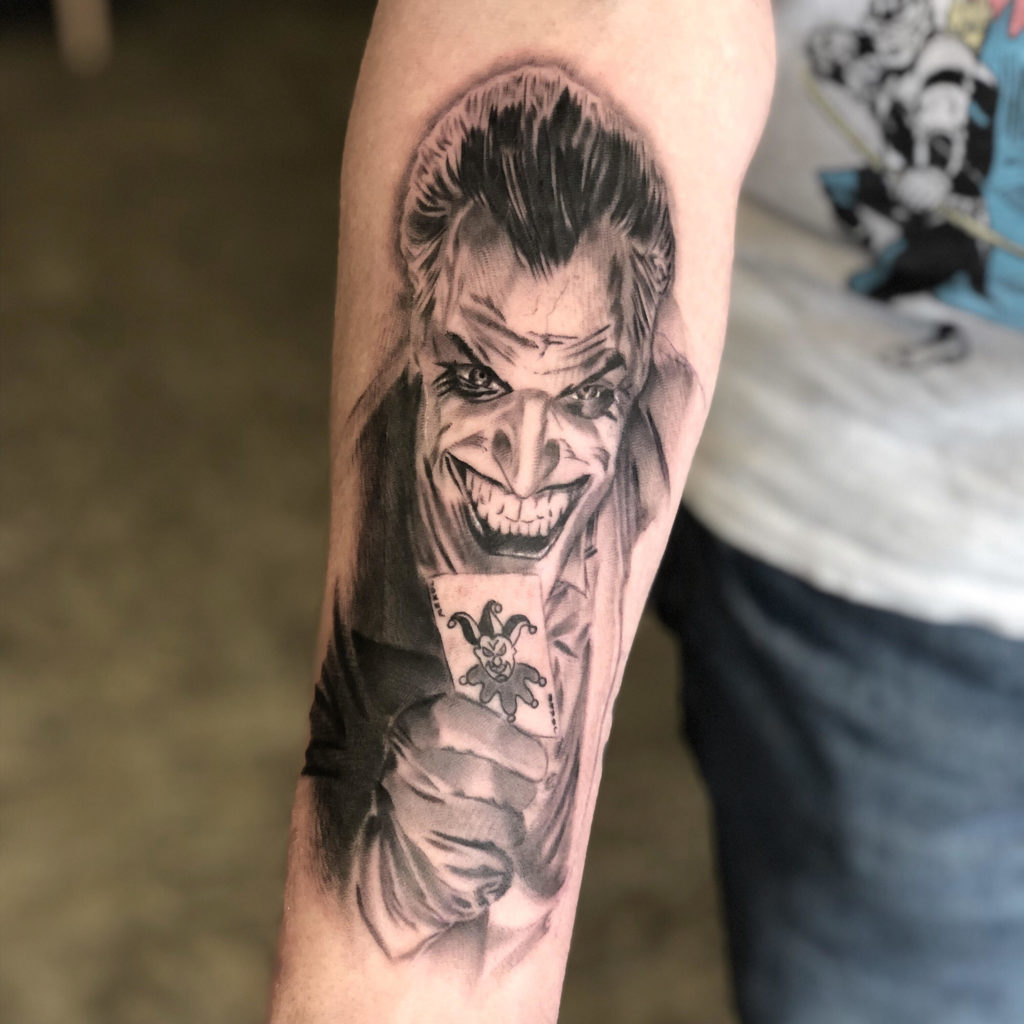 Weirdest tattoo related story, we love to hear details!
The weirdest thing that has ever happened to me whilst tattooing would be flatulence. I once did a small piece of script on a woman’s lower back. I got about 30 seconds in and she let the loudest, smelliest most disgusting fart rip! She didn’t even bat an eyelid either as if it never happened. I always say better out than in but she was laid on the tattoo bed on her stomach so her fart box wasn’t far from my head. Gross!

Not going to lie, we had a little bit of a chuckle at this.

Do you have any tattoo regrets?
The only regret I have is not doing my research when I was younger and finding reputable artists who could actually tattoo. Laser removal hurts man!! 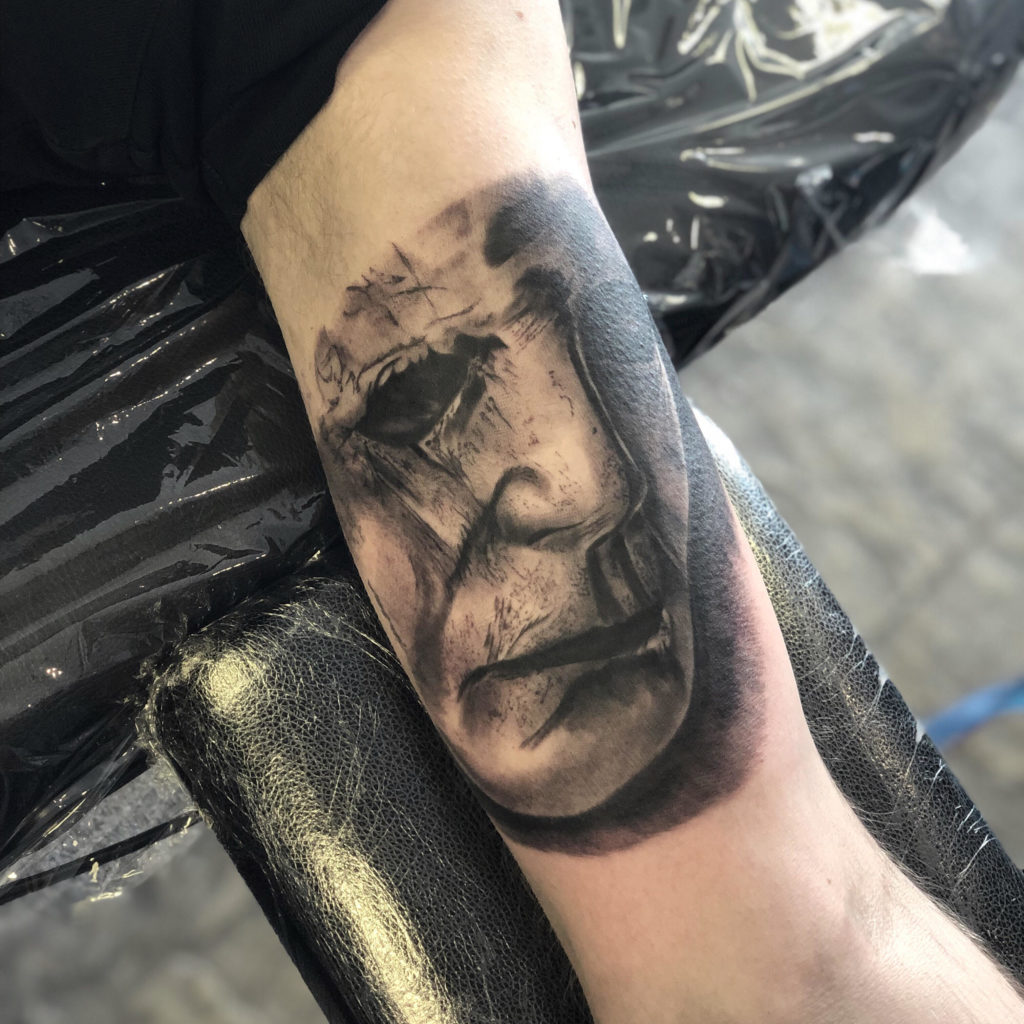 Who would you love a tattoo by?
There are so many artists I would love to be tattooed by but Bert Krak, Chad Koeplinger, Max Rathbone and Tamara Lee Dot are high up on the list.

We love these choices! Chad Koeplinger, if you’re ever guest spotting in the UK, hit us up!

If you could have 3 guests to dinner, dead or alive who would you pick?
This is such a difficult question, but if we’re talking celebrities I’d probably say John Lennon because he’s such an influential icon, and I would love to have a natter with him. Jennifer Anniston because she’s my celebrity wife and finally Seth Rogan because he’s funny as hell and I want to be his best mate!

We’d also love to have dinner with Seth Rogan, the guy is hilarious!

Thanks for letting us interview you today Mikey and if you want to see more from Mikey you can find him on Facebook and Instagram. 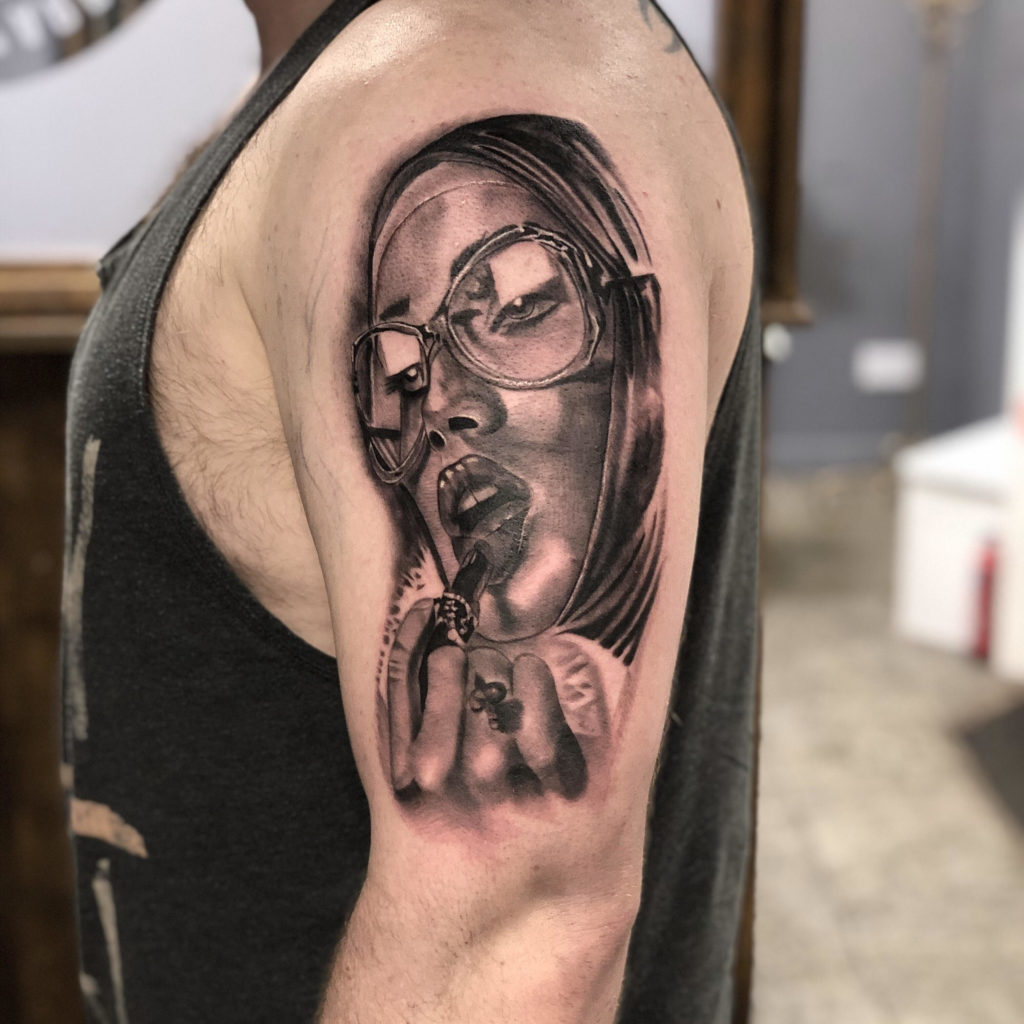 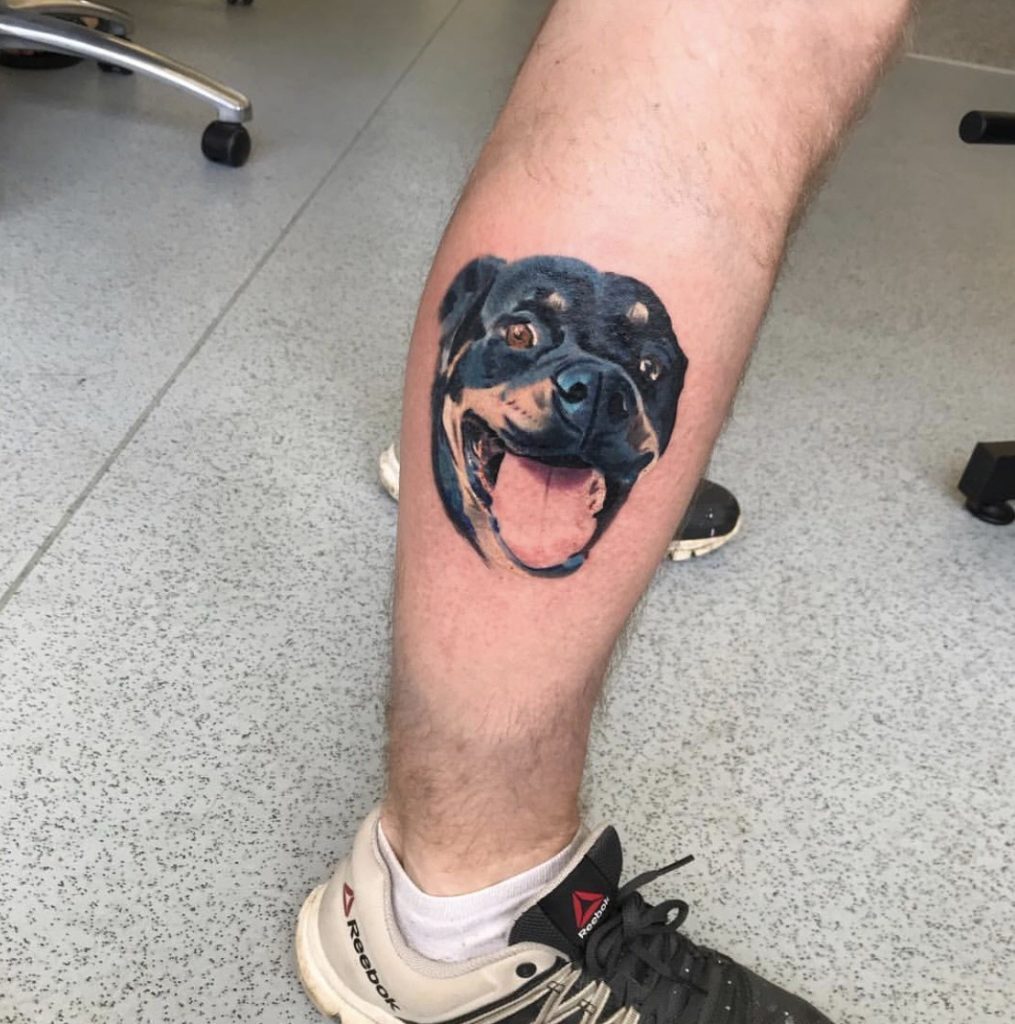